I’ve read with the deepest sadness about the cold death of Philip Seymour Hoffman, that I loved in his severe actorship’s ability to render the suffering of men throughout different movies. Here’s a memory article that I found really special and toughtful about the actor, from the Esquire magazine by the editor Tom Junod.

Just a note. One of the best films I’ve ever seen is Before the devil knows you’re dead, (2007), where the filmmaker, the amazing Sidney Lumet, has directed his last film (and last for Hoffman too): the exceptional character of the protagonist (the other one is Ethan Hawke) makes this movie really special, and through the story and the perception it leaves. 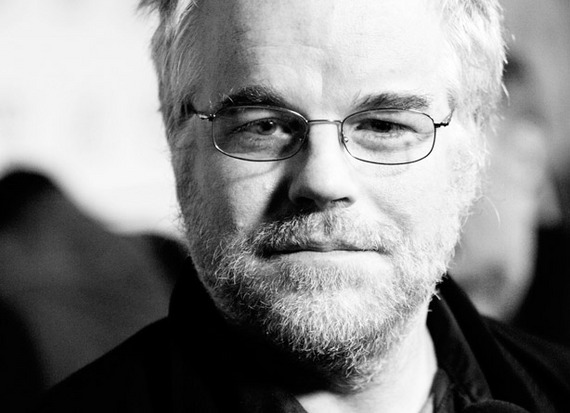 I had two contradictory but complementary responses to the news that Philip Seymour Hoffman had died of a drug overdose at the suddenly tender age of 46 — two responses, that is, beyond how terrible and damn, he was great.

The first was that there was no way Hoffman had died with a syringe still in his arm — no way that an actor who brought such finicky dignity to his portrayal of the most desperate characters had permitted himself to die so ruthlessly unmasked.

The second was that of course he had died in such a sordid manner — how else was Philip Seymour Hoffman supposed to die? There was no actor, in our time, who more ably suggested that each of us is the sum of our secrets…no actor who better let us know what he knew, which is that when each of us returns alone to our room, all bets are off. He used his approachability to play people who are unacceptable, especially to themselves; indeed, his whole career might be construed as a pre-emptive plea for forgiveness to those with the unfortunate job of cleaning up what he — and we — might leave behind. The only way that Philip Seymour Hoffman could have died in a manner more consistent with the characters he created would have been if he had died by auto-erotic asphyxiation.

And in the extermity of these two responses was, I think, the essence of Hoffman’s art.

He often played creeps, but he rarely played them creepily. His metier was human loneliness — the terrible uncinematic kind that has very little to do with high-noon heroism and everything to do with everyday empathy — and the necessary curse of human self-knowledge. He held up a mirror to those who could barely stand to look at themselves and invited us not only to take a peek but to see someone we recognized. He played frauds who knew they were frauds, schemers who knew they were schemers, closeted men who could only groan with frustrated love, heavy breathers dignified by impeccable manners, and angels who could withstand the worst that life could hand out because they seemed to know the worst was just the beginning. And what united all his roles was the stoic calm he brought to them, the stately concentration that assured us that no matter whom Philip Seymour Hoffman played, Philip Seymour Hoffman himself was protected.

That’s what I thought, anyway — in reading the early reports of his death, I was surprised that he’d battled the demon of addiction, because I’d always confused Hoffman’s mastery with detachment, and assumed that he had lived by Flaubert’s charge to live an orderly life so that he could be violent and original in his work. But I shouldn’t have been surprised, and — here’s that contradictory and complementary response again — I wasn’t. I’d never met Philip Seymour Hoffman, never knew anyone who knew him, never even read a passably revealing magazine profile of him. All I really knew was that he was a character actor who came as close to being a movie star as character actors ever get, and that he played the lead in more Hollywood movies than any other portly, freckly, gingery man in human history. And that, in its way, is all I, or anyone else, needs to know.

We live in the golden age of character actors — in an age when actors who have done their time in character roles are frequently asked to carry dark movies and complicated television dramas. The line between character actors and movie stars is being erased — in art, anyway, if not in life. In life, it’s different, because the “movie star” remains not just the product of looks and charm, but also a kind of social construct, with very distinct social obligations. Character actors like Philip Seymour Hoffman and James Gandolfini have found themselves getting more and more leading roles because they are permitted to behave onscreen in ways that George Clooney and Matt Damon never could. But the same permission extends offscreen, and that’s where we see the cost; indeed, we pay to look at men who look like us only when they convince us that that they live in psychic spaces that we could never endure…unless, of course, we happen to be enduring them.

Would Matt Damon ever be found dead, with a syringe still hanging from his arm? Would George Clooney essentially eat himself to death? No, for the simple fact they both have way too much to lose. But neither would they permit themselves to be weepily jerked off by Amy Adams, as Philip Seymour Hoffman was, in The Master, or to crawl as far into his own dead eyes as James Gandolfini regularly did in The Sopranos. The great character actors are now the actors whose work has the element of ritual sacrifice once claimed by the DeNiros of the world, as well as the element of danger– the actors who thrill us by going for broke. It should be no surprise when, occasionally, they break, or turn out to be broken. RIP.

Keith Flint, vocalist with the Prodigy, has died at the age of 49. He was found at his home in Essex on […]

Sometimes, in our bloggers’ life, private matters enter in some way that force us to some changes in our public sphere. This […]